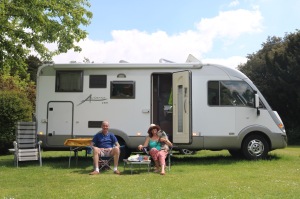 Welcome to my world

Last Saturday, on what was probably the hottest day of the year in this part of the world, I was fortunate enough to join a most enjoyable and educational tour of Chichester with a difference, lead by the wonderful and charismatic Julia MacFarlane and Helen Christmas from CHINDI and the Bognor Regis Writers Club, of which, I am happy to say, I have recently become a member.

I had really been looking forward to this tour since I bought my ticket a couple of months ago and I certainly wasn’t disappointed.  We met at six o’clock in the evening at The Old Cross in North Street, where we had a cooling drink before starting our trek in the hugely complicated Chichester road system, that being North Street, South Street, East Street and… (yes, you guessed it) West Street.

I am not here to divulge all the blood curdling and nightmare-inducing tales of this ancient city, as that would be a breach of copyright and not the done thing at all, but I would like to share with you some of the quaint and beautiful buildings and places where some of these haunting stories are based, some old and some a little more recent, which inspired some our local writers to dust off their inkwells and quills and create some new spooky tales of paranormal activity.  However, if you are curious about these haunting tales, I would strongly recommend the book that accompanies the tour, rightly entitled ‘Chichester Ghost Tour’, a self-guided walk around Chichester city centre, or, better still, why not join the tour next Halloween and experience it for yourself?  At the very least, you will have a good laugh, I promise.

It dawned on me again that, as it is often the case, after 21 years of living in this area and coming to Chichester on regular shopping trips or to dine in its fine restaurants, I wasn’t aware of the fantastic stories behind the buildings and that, in fact, there were many features I hadn’t even noticed, like the plaque which adorned a small classic temple to Minerva and Neptune, dedicated by the Romans to Tiberius Claudius Cogidubnus, a local tribe leader who is thought to have used the nearby Fishbourne Roman Palace as his official residence. This is now displayed underneath the arches of The Council Offices and Guild Hall in North Street

It is sad to think how we can be totally oblivious to what is right on our doorstep and under our very feet, for I also discovered the history of smuggling and distribution of illegal merchandise through the miles of intricate tunnels underneath this fine city, where I have so often walked without a care in the world.  The whole experience was absolutely fascinating, with a good dose of humour and utterly entertaining.  The time just flew by!

So enthralled was I listening to our guides’ grim and ghastly local legends, that I only managed to take one photograph on the night of the tour itself but, being inspired by the history and beauty of the buildings we visited, I returned this morning on my own while my Toyota Yaris was being fitted with a new air bag nearby after a recall from the car makers.

I decided to start the tour as we did last Saturday and tried to photograph the sites we visited, which I so often walked past without a second glance, so I made my merry way to The Market Cross, where all roads meet, and I was very pleased to see that a midweek market was being held, adding to the lively atmosphere of the city.  What gruesome events in the long history of Chichester have taken place here? It was all revealed right at the start of the tour.  Can strange and unexplained sounds be heard in the still of the night?  Wouldn’t you like to find out?

Next up was West Street and here we stopped to admire the façade of the Dolphin & Anchor, a drinking hole dating back to 1610 and, predictably, comes with an otherworldly and frightful story all of its own: do they have a problem with their plumbing?  What’s with the dripping taps?  What are those odd stains on the  bathroom floor?

Of course, a visit to Chichester is not complete without a look at the marvellous Cathedral and grounds, where you will find some ancient and intriguing tombstones in an area called ‘Paradise’, where suicides and stillbirths were buried.  Our eyes were directed to the most macabre of them all, that of Mary Buttery, but what is her tale?  Not is she the only one buried in Paradise, but who is her famous, or should I say, infamous neighbour?  The blood curdles…

Just round the corner, in South Street, is the famous Buttery Café.  Does Mary Buttery still makes her presence felt to today’s visitors?  Come and find out!

Back in East Street, of particular beauty and interest is the Cathedral Bell Tower, unusually separated from the main building due to a history of subsidence.  In fact, all corner towers and the impressive spire collapsed at some point in their long history, enough to give Chichester inhabitants food for thought and to fuel their imagination with images of strange forces at work…

Near the Bell Tower is a statue of St Richard and this in itself is enough to inspire some terrifying literature, especially when looked at from a particular angle.  Sorry, St Richard!

I must confess I didn’t have unlimited time today, so I skipped some of the sites we visited on Saturday in order to focus on what I was really after and one of them was the lovely façade of Prezzo’s, formerly The White Horse Pub, opposite The Buttery.  What are the strange goings-on upstairs giving the heebie-jeebies to staff and visitors?

I have always loved the front of Next in East Street and it was good to find out that it had formerly been a theatre and a cinema, but I dare you look in the glass window after you read about its deadly tale!

And how about this giant turkey wishbone hanging at this store?  What could possibly be the story behind it?

I was also very pleased to discover on the course of our tour the sculpture of John Keats, a fairly recent addition to the city’s cultural heritage.  The great poet himself spent some time at the house on the opposite side of the road in 1819, in the corner with The Hornet, where he started writing The Eve of St Agnes, inspired by the Buttery Café.  I didn’t even know it was there!  (shame, horror!).

We eventually retraced our steps and ended up at The Old Cross, where we had met before the start of the tour, and here we learned the most gruesome story of them all that might turn some of you into vegetarians.  Stew, anyone?

We ended this most enjoyable of walks and tour at another of Chichester’s landmarks, The City Walls (dating back 1,800 years) or to be more precise, The North Walls, where more ghostly experiences have been related.

I also discovered some other weird looking walls on my way back along East Street. What are all those iron studs jotting out from this wall?

All this, and a lot more, you will find in the little book I mentioned earlier available at various bookshops in town, including Waterstones in West Street.  Go on, get one: I know you want to or, even better, join the tour in October: you’ll love it!  I can’t think of a better way to spend Halloween. Sleep tight!